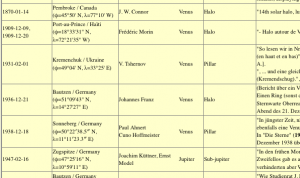 At this 2010 meeting of The Color and Light in Nature Conference Rainer Schmidt introduced a comprehensive bibliography of halo observations, particularly those reported before the internet age. As of earlier this month there were 9719 entries in this invaluable resource. You can find out more about that project by reading the English description he presented at the conference.

Recently Rainer has announced a new section/service of the website which extracts and goes into greater depth, with quotations and comments, those entries of the bibliography pertaining to halos generated by celestial light sources. Due to the difficulty in observing these phenomena, there are few documented sightings listed so far. Your submissions for entries missed in the bibliography are desired, see the contact information listed on the website.

Sönke Johnsen, a long time member of our group and associate professor of biology at Duke University, has recently published an accessible, humorous, and practical introduction to understanding and measuring light. Officially aimed at biologists, it would be useful to anyone who wants a less mathematical and more intuitive introduction to the field additional resources. It also has a distinctly phenomenological bent and some nice photos. Here is the official blurb:

Optics–a field of physics focusing on the study of light–is also central to many areas of biology, including vision, ecology, botany, animal behavior, neurobiology, and molecular biology. The Optics of Life introduces the fundamentals of optics to biologists and nonphysicists, giving them the tools they need to successfully incorporate optical measurements and principles into their research. Sönke Johnsen starts with the basics, describing the properties of light and the units and geometry of measurement. He then explores how light is created and propagates and how it interacts with matter, covering topics such as absorption, scattering, fluorescence, and polarization. Johnsen also provides a tutorial on how to measure light as well as an informative discussion of quantum mechanics.

The Optics of Life features a host of examples drawn from nature and everyday life, and several appendixes that offer further practical guidance for researchers. This concise book uses a minimum of equations and jargon, explaining the basic physics of light in a succinct and lively manner. It is the essential primer for working biologists and for anyone seeking an accessible introduction to optics.

The book is now available in both hardcover and paperback and is published by Princeton University Press.

There are a great many resources for those that are interested in the visual effects studied by this group. They will be added here as time permits.

Websites primarily focusing on the science: 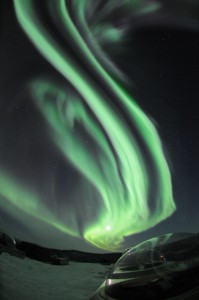 The 2013 conference will be held during 5-8 August 2013 at the University of Alaska – Fairbanks (Fairbanks, Alaska). Click here for the call for papers. Click HERE for registration.

Registration
The registration fee is $250 per person. This covers the following:

Accompanying persons can attend both the Monday evening icebreaker social and the riverboat excursion for $50. Registration will be available online soon (meanwhile, you may submit abstracts via email).

For attendees of the 2013 Light and Color in Nature conference, a hotel group rate has been set up through Fountainhead Hotels in Fairbanks. Please use LICN813 at any of the following hotel locations to receive the listed reduced rate:

Please note that the group rate will be given on a first-come, first-serve basis. Reservations should be made as soon as possible, as August is during the peak tourism season and hotel space will fill up quickly.

Travel around Alaska from Fairbanks
Click here for some suggestions on places to go and things to see while in Fairbanks and Alaska. 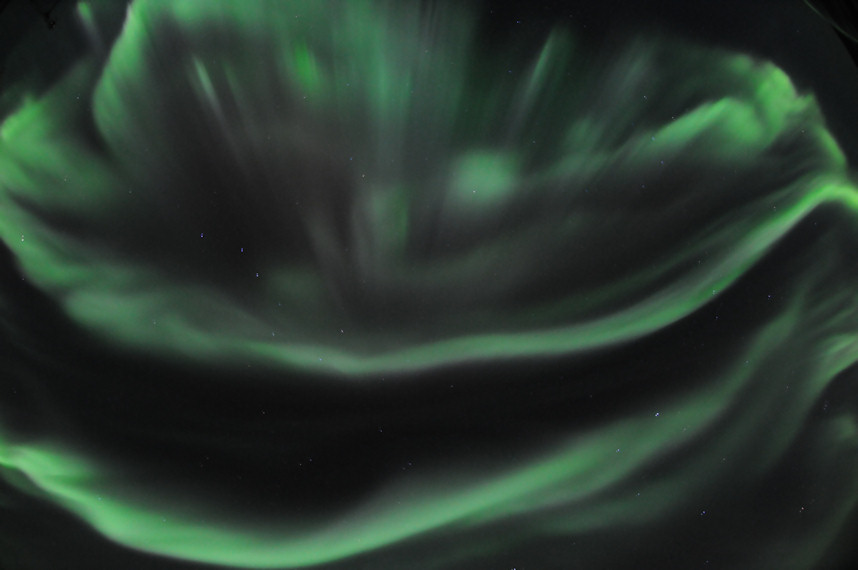 The light and color meetings have been held approximately every three years since the first one was organized by Dr. David Lynch. Here is a list of all the meetings:

Welcome to LightAndColorInNature.org, a gather point for a group of professional and amateurs brought together by a love of light, color, and science. Areas that interest include, but are not limited to: rainbows; ice crystal halos; glories; coronas; iridescence; sky color; atmospheric visibility; refraction effects; contrast phenomena; noctilucent clouds; optics of lightning; auroras; colors created by absorption and scattering in water and air; color and light in water and on water surfaces; iridescence and colors in biology and geology; atmospheric optics in history and archaeology; and computational techniques for calculating and rendering optical effects in the atmosphere and landscape.

Our group holds international conferences, roughly every three years. The 10th meeting was held on June 16-20 at the St. Mary’s College of Maryland campus in St. Mary’s City, Maryland, USA. As this site grows it will at a minimum contain information on all our past conferences, as well as our upcoming conference to be held in Alaska in 2013 generic cymbalta. Coming soon we will have an announcement mailing list to which you may join to hear updates on our meetings as well as a separate discussion list for informal conversation. There are many high quality resources on the internet, rather then duplicating them here, we will have a page of curated links, citations and book recommendations.

The website is currently being maintained by Josh Steinhurst, who among other duties was the webmaster for the 2010 conference. Please contact him if you have any resources to contribute to the site or questions about the logistics.